The title of this blog may be “Will Watches Movies” but I do watch other things, lets be real though “Will Watches Movies and Other Stuff” sounds pretty awful. I do watch TV and other things so from time to time I may review TV shows but very rarely am I caught up on them so this may be sporadic. Anyways season 2 of the CW’s The Flash premiered today and it was awesome.

I really enjoyed this episode, it takes place 6 months after the singularity, which was the big black hole at the end of season 1 caused by Wells. The episode starts with Barry day dreaming of saving the day with the gang, with Wells and Eddie both appearing to be alive. Back to reality Barry is in STAR labs all by his lonesome because he is a loner now blaming himself for the destruction of the singularity. Barry runs off from STAR labs and we see a piece of mail fly in front of the camera. The mail is addressed to Bartholomew Henry Allen, I think this is the first time we see Barry’s full name possibly referencing to to Bartholomew Henry Allen II, aka Impulse aka 2nd Kid Flash aka the 4th Flash, also Barry’s paternal grandson from the 30th century.

As Barry is zooming thru-out town we learn tomorrow is Flash Day, a parade commemorating the Flash, The Man Who Saved Central City, also the name of the episode. At this parade the mayor is to give the Flash the key to the city, how exciting. Barry was running to investigate a crime scene with Joe at a nuclear power plant I believe, Albert Rothstein was murdered. Albert Rothstein is played by Edge the Rated-R Superstar from WWE, he appears to have gotten himself a haircut though. At the crime scene Joe tries to convince Barry to go to Flash Day but Barry is all loner now. Back at CCPD we find on Joe is leading an Anti-Meta Task Force with Cisco’s help, who really only wants a badge. Cisco is working on a weapon called “the boot” which supposedly will stop meta-humans. During this time we find out Caitlin is now working for Mercury Labs, likely a reference to Max Mercury another speedster in DC comics.

The singularity destroyed lots of the city and we find Barry rebuilding Jitters when Iris catches him. Apparently Barry has been rebuilding many local businesses. During Barry and Iris’ conversation we found out Ronnie died, destroying the black hole. Firestorm had to separate in the eye to destroy the black hole. Barry only had a chance to save Professor Stein, this would explain why only Professor Stein was cast in Legends of Tomorrow and why a new Firestorm has been cast for later on in the season. Barry ultimately blames himself for Ronnie’s death but perhaps Ronnie is not dead but actually in another timeline. Anyways this conversation leads Barry to attend Flash Day. 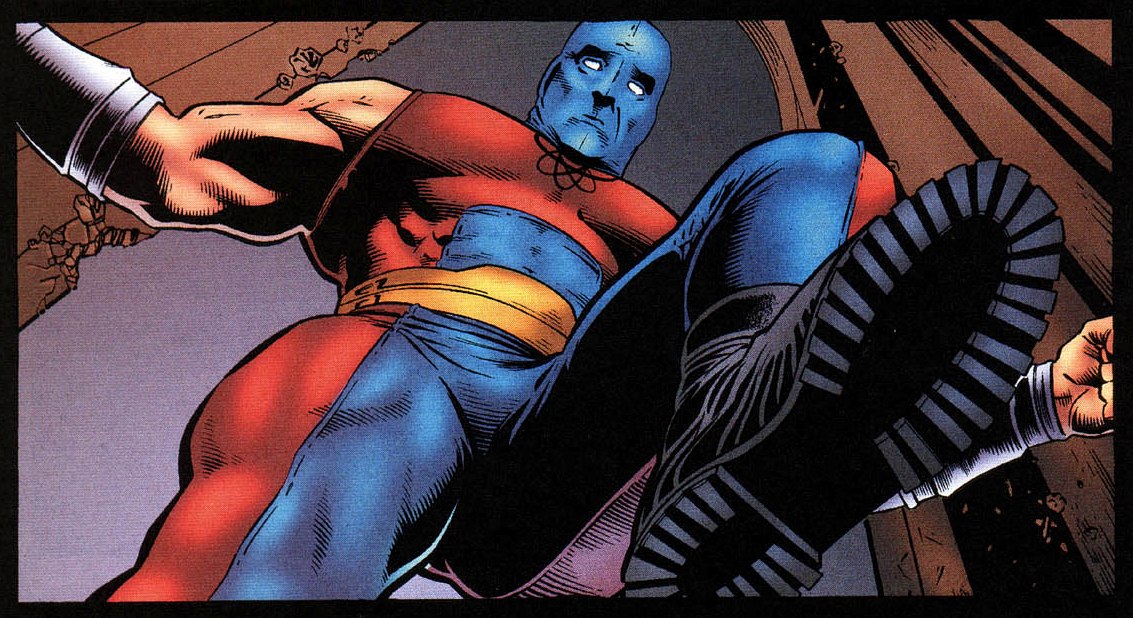 As Barry is attempting to accept the key from the mayor, he is attacked by an unknown assailant in a mask. Of course a battle ensues and his mask is removed, its Albert Rothstein or at least some one that looks just like him. Cisco tries out his boot and it fails to work, thus leading to Edge’s escape by growing larger and busting out. Albert Rothstein’s body is still in the morgue and he doesn’t have a twin. Who is this guy? My theory Albert Rothstein from an alternate timeline.

Back at Barry’s lab we find out Wells’ left him STAR labs in his will and his lawyer drops by giving Barry a USB that Barry is to watch as part of Wells’ will. Barry is reluctant to watch it. At this moment Barry gets a security alert from STAR labs. Cisco and the gang composing of Stein, Iris and Joe broke in, to help Barry stop the then dubbed “Atom Smasher” by Professor Stein. They concluded that the Atom Smasher’s powers come from absorbing radiation and that is how he can grow larger. The gang tracked him to some warehouse following a radiation trail. Barry runs off leaving behind his com link to confront the villain.

Again another fight breaks out between the two leading Barry to ask why he killed himself. The Atom Smasher is pummeling Barry into the wall and says “He said you were some kind of big hero but you don’t seem worthy of him or this city.” Who the hell is him? Anyways Stein saves Barry by hacking the alarm system creating a window for Barry to escape and pass out.

Flashback to 6 months after his mother’s murder and Joe tells Barry it’s okay to be sad apparently he was bottling up his emotions. Back to the present Barry wakes up in STAR labs where Joe convinces him to get the team back together.

Joe’s little speech prompts Barry to visit Caitlin and apologize for Ronnie’s death but she doesn’t blame Barry. She blames herself because she wanted to stay at STAR labs. With the guilt lifted off of both of their shoulders Barry drops the USB and tell Caitlin about Wells’ will. They watch the USB and holy shit Wells’ confessed to Nora Allen’s murder.

Now with the great news of Barry’s dad’s freedom the gang is official back together to stop the Atom Smasher. They have devised an awesome plan to stop him all starting with baiting him with a Flash-Signal, Cisco came up with.  Yes a Flash-Signal just like Batman’s. When asked where his inspiration came from Cisco replies with “I think I saw it in a comic book somewhere”, how meta? Of course the Flash-Signal works and chase ensues where Barry leads him right into a nuclear core causing him to absorb too much radiation and leading to his demise. The Atom Smasher leaves us without even performing a spear, Edge’s finishing move on WWE. But he does do some serious name dropping before he leaves.

Barry confronts him upon his deathbed inquiring as to why he wants to kill Barry and he leaves these words: “He promised he’d take me home if I killed you.” Barry does the logical thing and asks “who?” Where he replies with mother fucking Zoom! Then he dies but that totally proves my theory of him being from an alternate time line.

The episode ends with Henry Allen being released and a nice little welcome home party, real heartfelt moment. At the party Joe presents Cisco with his very own badge, well deserved in my opinion. Barry is all excited and tells his dad about apartment searching and possibly getting his practice back, Henry wants to leave Central City as to not hold Barry back. Barry’s all sad about this saying he doesn’t want to lose his only family. Henry tells Barry how he has a “family” everyone at the party, a real tender moment.

The next day or something Barry’s at STAR labs, Joe gives him the key to city and Cisco unveils a new Flash emblem from the future newspaper Gideon showed them. Cisco also mentions how he upped STAR labs security, just as a figure approaches. Jay Garrick, that’s right the first Flash from the comics broke in with this message “Your world is in danger,” mic drop.

Wow what a season premiere? I thought this episode was awesome, it’s got me real amped up for the rest of the season. My only real complaints are how anti-climactic the Atom Smasher fights seemed and the lack of spear but other than that real solid episode.

I give The Man Who Saved Central City an 8.5 of 10, would watch again.

Edge preparing for a spear- WWE