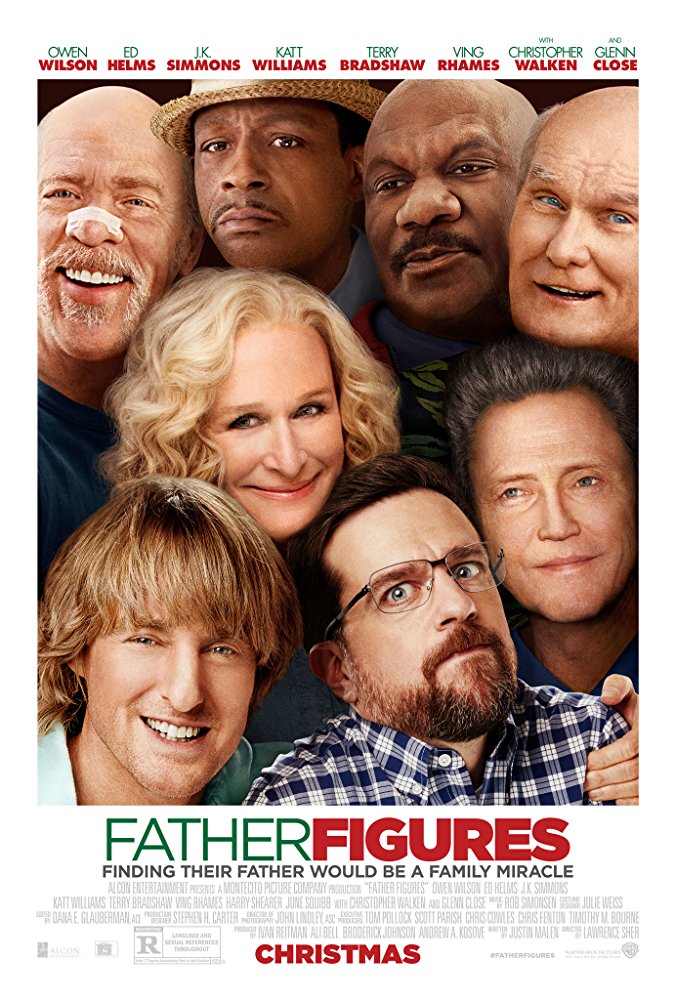 Owen Wilson (“The Grand Budapest Hotel,” “Zoolander 2”) and Ed Helms (“The Hangover” films, “We’re the Millers”) star in the Alcon Entertainment comedy “Father Figures,” marking the directorial debut of veteran cinematographer Lawrence Sher (“The Hangover” films). Wilson and Helms are Kyle and Peter Reynolds, brothers whose eccentric mother raised them to believe their father had died when they were young. When they discover this to be a lie, they set out together to find their real father, and end up learning more about their mother than they probably ever wanted to know. – Warner Brothers Pictures

Father Figures was directed by Lawrence Sher and written by Justin Malen.

I am not going to lie I didn’t have very high expectations or any expectations at all for this movie and you know what I was pleasantly surprised. Father Figures is nothing special at all but it did make me laugh many a times. The plots a bit on the bland side, it’s basically a road trip between two brothers played by Ed Helms and Owen Wilson. The brothers are on a journey to find their dad, a mildly original plot. Throughout their journey wacky and zany events occur and through all that the brothers are brought  closer together. You can tell the director was a cinematographer before, visually this movie looks pretty good and for a silly comedy there is actually a lot of nice shots.

What really makes this movie enjoyable is the cast. I’m a big fan of both Ed Helms and Owen Wilson’s work. I’m a big Office guy and who doesn’t like Starsky and Hutch? Besides those two Father Figures has a star packed cast. J.K. Simmons, Glenn Close and Christopher Walken to name a few. Those three alone are award winning performers. Father Figures certainly isn’t at the caliber of an award winning film but the actors and actresses are. The standout to me in this film was J.K. Simmons, he is obviously a talented actor but god damn is he funny. The cast alone made Father Figures worth while.

Father Figures is a film about discovery, the universe and family with some possible incest. Yeah this movie isn’t anything new but it’s sure to make you laugh and want to hug your mom and dad.

I give Father Figures a 6 out of 10, would probably watch again.

“Hope you enjoyed the summer, here comes the fall.”