I ended 2018 having seen 59 films in theaters for the year—sometimes I suck and write some notes on my phone and then forget about them. On top of my laziness this latter part of the year has been jammed packed with movies—its been hard to keep up. So, here is a quick round-up of my thoughts on some movies I haven’t gotten around to doing proper reviews. This is part 1 of 2.

Dr. Paul Kersey is a surgeon who often sees the consequences of the city’s violence in the emergency room. When home intruders brutally attack his wife and young daughter, Kersey becomes obsessed with delivering vigilante justice to the perpetrators. As the anonymous slayings grab the media’s attention, the public begins to wonder if the deadly avenger is a guardian angel — or the Grim Reaper itself. – MGM Studios

Death Wish, another remake no one asked for. It’s not bad but its largely forgettable and could not have come out at a worse time, considering the current climate around guns. Nonetheless I did moderately enjoy this one. Just dumb Bruce Willis action—he kills people and makes awful puns.

A young valet breaks into a man’s home and discovers a terrified woman who’s chained and gagged. After notifying the police, he soon becomes the target of the psychopath’s wrath as he tries to rescue the victim that he left behind. – Electric Entertainment

This is a weird movie and I mean that as a compliment. It starts going one way and its a fine thriller and then it makes a total 180 turn and gets bat shit crazy. When its bat shit crazy its at its best. David Tennant is probably the nicest guy in real life but I’d be lying if I said he didn’t play a helluva villain. I thoroughly enjoyed this movie it was thrilling and hilarious—though that may have not been intentional. 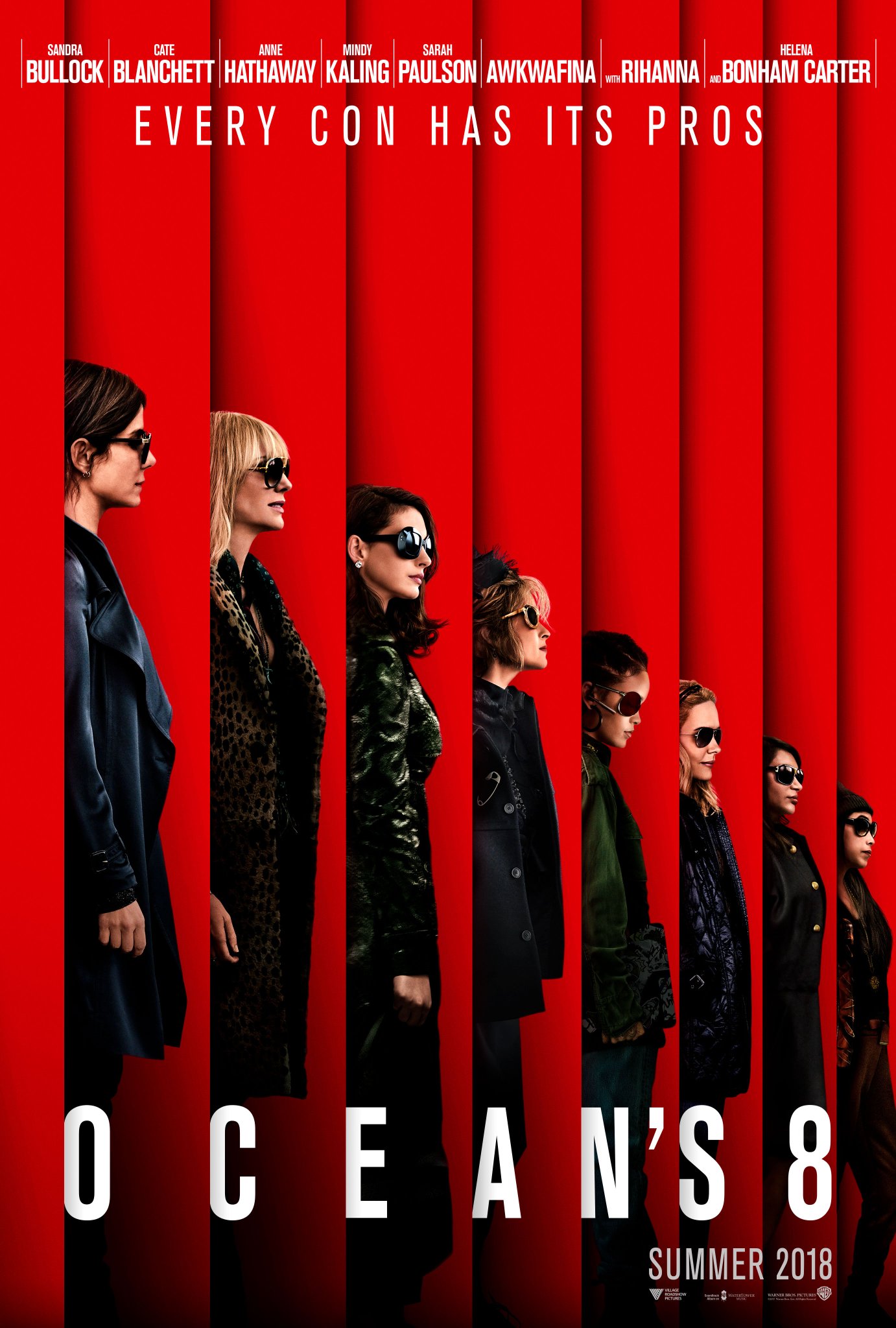 Five years, eight months, 12 days and counting — that’s how long Debbie Ocean has been devising the biggest heist of her life. She knows what it’s going to take — a team of the best people in the field, starting with her partner-in-crime Lou Miller. Together, they recruit a crew of specialists, including jeweler Amita, street con Constance, suburban mom Tammy, hacker Nine Ball, and fashion designer Rose. Their target — a necklace that’s worth more than $150 million. –  Warner Brothers Pictures

Whoa, look a that another movie on this list that had no reason to exist. But you know what, I had a lot of fun with this—I am a sucker for heist movies. The cast is pretty damn fantastic, some top tier ladies are seen here. Ocean’s 8 is your pretty standard Ocean’s movie and that’s not a bad thing. Nothing more to say, it’s a heist movie with ladies.  If you didn’t see this because of the all woman cast, you are dumb—don’t be such a douche. It’s okay to not like it but don’t just write it off.

Everyone deserves a great love story, but for 17-year-old Simon Spier, it’s a little more complicated. He hasn’t told his family or friends that he’s gay, and he doesn’t know the identity of the anonymous classmate that he’s fallen for online. Resolving both issues proves hilarious, terrifying and life-changing. – 20th Century Fox

Love, Simon is one of my favorite movies of the year. It’s a heartwarming, funny coming of age story for modern society. I laughed, I cried, I loved it.  The best part its based on a young adult novel and no one dies nor is it set in a dystopian society.

FBI agent Matt Graver calls on mysterious operative Alejandro Gillick when Mexican drug cartels start to smuggle terrorists across the U.S. border. The war escalates even further when Alejandro kidnaps a top kingpin’s daughter to deliberately increase the tensions. When the young girl is seen as collateral damage, the two men will determine her fate as they question everything that they are fighting for.  – Columbia Pictures

Josh Brolin had one hell of a summer with Infinity War and Deadpool 2.  Sicario 2 did not slow Brolin down one bit. Critics didn’t really love this one as much as I did but that’s because they were comparing it to the first one which they shouldn’t have because they are two different animals. Sicario 2 is a dark, dark realistic and timely action movie—everything in it could be real life. It does not capture the suspense and tension of the first one but that’s because that is not what it was going for. Benicio Del Toro and Josh Brolin are phenomenal, they demand your attention when on the screen. The only other thing on the screen that demands your attention is the captivating and stunning cinematography.

“F*cking Mondays, am I right?”

Will Sawyer is a former FBI agent and U.S. war veteran who now assesses security for skyscrapers. While he’s on assignment in China, the world’s tallest and safest building catches on fire — and Will gets framed for it. Now a wanted man and on the run, he must find those responsible, clear his name and somehow rescue his family members when they become trapped inside the inferno. – Universal Pictures

Die Hard in a skyscraper with the Rock. This is a Dwayne Johnson vehicle, so I think we all know what to expect—it’s dumb fun. The Rock is just so damn like able as an added Neve Campbell has made her return to the silver screen and lemme just say she has aged like a fine wine. Uncle DJ does play a different role here—he isn’t quipy or confident just an enormous smart guy that loves his family.

“If you can’t fix it with duct tape then you’re not using enough duct tape.”

Sorry to Bother You

In an alternate reality of present-day Oakland, Calif., telemarketer Cassius Green finds himself in a macabre universe after he discovers a magical key that leads to material glory. As Green’s career begins to take off, his friends and co-workers organize a protest against corporate oppression. Cassius soon falls under the spell of Steve Lift, a cocaine-snorting CEO who offers him a salary beyond his wildest dreams. – Annapurna Pictures

Sorry to Bother You is one of the weirdest movies I’ve seen this year—it’s absolutely bananas in the best way possible. It’s wildly innovative, funny, smart and has something to say about society. Honestly, I’m probably not even smart enough to understand this movie.  Lakeith Stanfield continues to prove that he can do anything. This is Boots Riley directorial debut and it shows. It shows because he does everything unorthodox—he doesn’t follow conventional lighting, directing, musical cues or cinematography. This a surreal art like film, the plot is engrossing and interesting enough but goddamn it is just a crazy good looking movie.

“Shut up and drink a cola bitch or smile.”

Part 2 coming soon plus reviews of Spider-Man: Into the Spider-verse, Aquaman, Bumblebee and more coming.